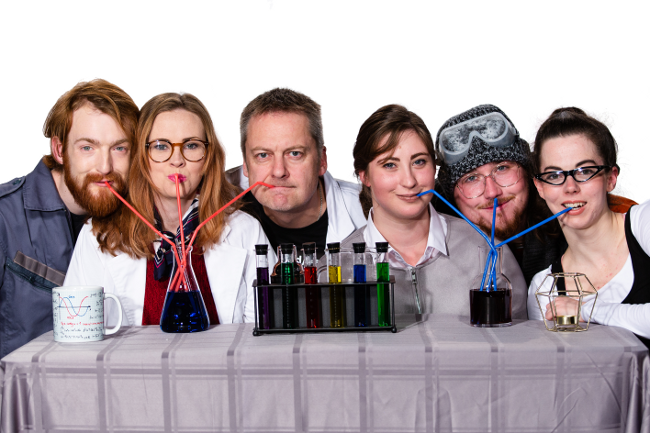 I didn’t know what to expect when I headed to Nexus Theatre to check out @lantis: A Science Fiction Radio Play – more specifically, Episode 4 of a seven-part series, having not seen the previous instalments. The series was written and directed by Stephen B. Platt as part of his PhD research into science fiction and live performance. In keeping with the futuristic theme, programs were not available in print but could be accessed by scanning a QR code.

Mary and Jules have been in the controlled environment of @lantis so long that dealing with the elements disgusts them, while Lug exhibits an adorable sense of wonder at experiencing sunlight for the first time. Dorothy and Lug leave the others to follow some tracks in the hope of finding the missing botanists. Before long, each member of the separated team finds themselves at the mercy of two unexpected factions.

Episode 4 forms one half of a two-part episode and ends on a cliffhanger, to be continued in Episode 5.

Though billed as a radio play, the stage evoked a sense of the unknown lurking in the shadows and scene changes were depicted on a screen. We were also able to see how various sound effects – such as the crunching of footsteps through the jungle – were created in real time.

Each character had a distinct personality and voice, which made the episode much easier to follow even though I was dropping in halfway through the series. And despite the sci-fi setting, @lantis also worked well as a comedy at times.

@tlantis by Thought Jar Productions is on at Murdoch University’s Nexus Theatre until October 4. Live performances are recorded, with the audio made available for download at www.atlantisradioplay.com