Do I Look Like I Care at Fringe Perth 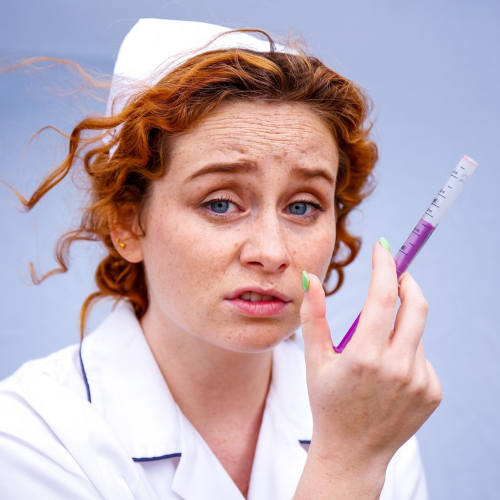 After fighting my way through the heavy Fringe World opening night traffic, which resulted in a faraway parking spot and a dash through the Perth Cultural Centre, I snuck into Rehearsal Room 1 at the State Theatre Centre at 8.01pm to watch Do I Look Like I Care? - a love letter to the people in the world of nursing and care.

I nearly had a panic attack there and then, since instead of a comedy about nursing, I was watching an aerobics warm up session – oops, wrong rehearsal room perhaps?

But no, it turns out I was in the right place after all, and as I cooled down the performers finished their warm up and launched into the show.

Right from the start, it is clear that this is not a glitzy tv style production – this is much more down to earth and true to life – as evidenced by a number of appreciative wry laughs from an audience that I suspect held more than a sprinkling of care industry people enjoying a cathartic chuckle.

They say that laughter is the best medicine, and while Do I Look Like I Care? provides plenty of giggles, grins and even guffaws over its one hour running time, there are also a few touching and tragic moments depicted that show that the job has its tough moments too.

As you can imagine, the potential for physical comedy in a show about nursing is well exploited, but there are also a number of zingy one liners and clever scenes inserted into the body of the show.

The cast and crew work hard to bring a smile to the audience's faces, and the snazzy dance number at the end is a fitting and uplifting finale to a show with heart (don't ask whose!).

It is a fun night out and will leave you with a grin and a stomping 80's song stuck in your head all the way home – what more could you ask for?

Do I Look Like I Care is on as part of Fringe World Perth - catch the show from tonight Saturday 16 January through to Tuesday 19 January.