Live theatre in Perth is just that - alive and well.

Many of Perth’s theatres are housed in some of the most historic and interesting buildings that you will come across in your stay in Perth. If you don’t have time to see all the shows on offer, at least try and visit a few of the remarkable building.

This is Part Two of a Guide to Live Theatres in Perth as there are just too many wonderful places to pack into one article.

Mend Street, South Perth, phone 9367 8719. Located opposite the Windsor Hotel in the heart of South Perth, this heritage-listed theatre is around 60 years old, although the building dates back to 1899.  It was renovated in 2008 by the City of South Perth and is one of the most historic buildings in the area. 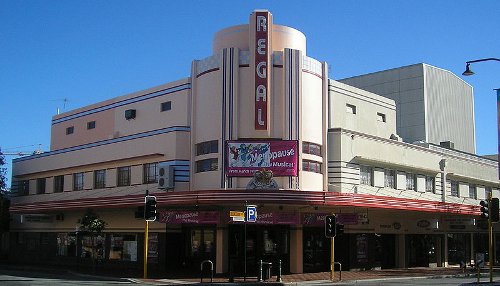 474 Hay Street, Subiaco, phone 1300 795 012.  This theatre was built in 1925 for the purpose of becoming a cinema and it was only in 1977 that it was converted to a live theatre. Named for King George VI, the Regal has a rich history with over 200 productions under its belt. This is another grand old dame worth a visit, if not for a show, then for an appreciative tour of the building.

1 Short Street, Fremantle, phone 9323 3400. This is one of Australia’s leading puppetry theatres.  The company is based in Fremantle directly opposite Fremantle train station but tours nationally and internationally each year. At the Short Street premises you will find a theatre, workshops and a museum for puppets. This is must-see for the young and young at heart.

Corner of Roe and William Streets, Northbridge. Due to open on 27 January 2011, this theatre will house the Heath Ledger Theatre and Studio Underground.  It will focus on local contemporary work and be the home ofThe Black Swan Theatre Company.  The Black Swan is Western Australia’s flagship theatre company and has been in operation since 1991 when it performed Bran Nue Dae at the Festival of Perth.  The move to the new State Theatre Centre of Western Australia will see Black Swan take up the prestigious position of the resident company.

180 Hamersley Road, Subiaco, phone 9380 3000. This is a three-part multi-facet theatre with a main auditorium, an intimate studio and a theatre garden.  It is also the home of the Barking Gecko Theatre Company – a specific theatre company just for children that has been around since 1991. 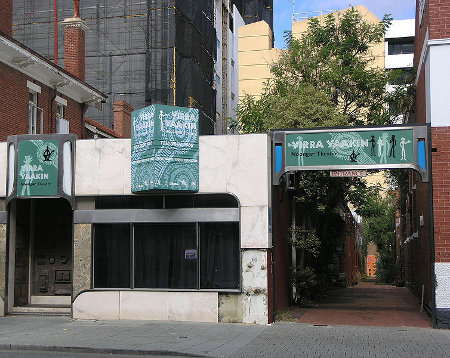 65 Murray Street, Perth, phone 9202 1996. Located in the city centre, this is Australia’s leading Indigenous theatre that has won a host of awards and prides itself on enabling Aboriginal communities to continue to perform their own stories for a wider audience.

For more theatres in alphabetical order from A-N, please see Perth Walkabout's Part One Guide to Live Theatres in Perth.

All Good Things Must Come to An End! - Perth Festival