Australia prides itself on doing things a little bit differently from the rest of the world, and that extends to the use of the English language.

Even if English is your native tongue, Australian slang can often be challenging or a tad confusing if you are a tourist and newcomer to the country.

Also known as Strine or lingo, Australian slang is the name given to the words we use in Australia that are unique to the country, and in some instances, unique to a certain state or area of Australia.

In this article I am going to stick to the more common general Aussie slang words that you may encounter in daily life. I have placed the words into categories to help make it easier. 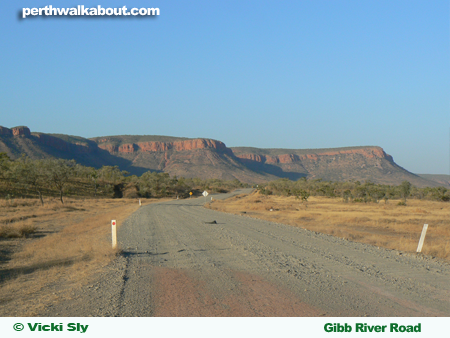 Arvo – Australian’s love to shorten words and run them together so arvo comes from this afternoon.
Chrissy – Not to be mistaken for a girl’s name, this is actually Christmas.
Sickie – When you take some time off work because you are unwell. And you normally “chuck a sickie”.
Smoko – A break during the day, normally the morning, for a cup of tea or coffee and traditionally, a smoke.
Yonks – A long time.

Back of beyond – The middle of nowhere.
Brizzie – Short for Brisbane, the capital city of Queensland.
Bush – The Australian countryside.
Never Never – Same as the outback.
Outback – Any remote part of inland Australia.
Station - A very large farm with normally sheep or cattle.
Tassie – The state of Tasmania.
The Rock – This is Uluru, which was formerly Ayers Rock and is located in the Northern Territory.
Top End – The Northern Territory.
Up the road – Country Australians use this term quite loosely and it can mean anywhere from 100 metres to hundreds of kilometres away.
Woop Woop – There is no place in Australia called Woop Woop but people will say, “He lives in Woop Woop,” and it normally refers to somewhere remote and far away.

Barbie – Barbecue or BBQ where you cook outdoors on a hotplate or grill.
Brekkie - Breakfast
Bring a plate – Bring a plate to share with the rest of the party, but make sure you put something on the plate, not just an empty plate.
BYO – Bring your own. This can mean bring your own drinks, food or both.
Chook – Chicken, normally cooked.
Esky – Portable cooler for holding drinks and ice.
Grog or booze – Alcohol.
Middy – A mid-sized glass of beer, normally 285ml. Not to be confused with the term “mid” which is used for mid-strength beer containing less alcohol than a full-strength beer?
Sanga – Sandwich.
Slab – In some instances this can be a carton of beer containing 24 cans but it is usually 30 cans of beer.
Snaga or bangers – Sausages.
Stubby – This is a small bottle of beer.
Tinnie – This is a can of beer but may also refer to a small motor boat.
Tucker – Any kind of food. 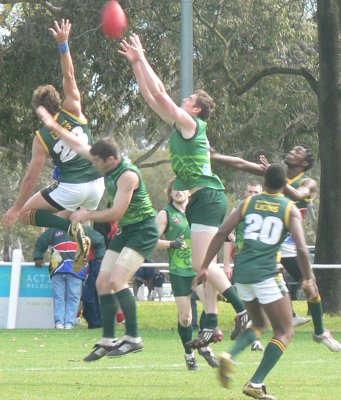 Aussie Rules – Australian Rules Football.
Baggy Green – This refers the cap worn only by cricketers who play or have played for Australia.
Footy – this depends on what state of Australia you are in but normally means Australian Rules football.
Specky – A term used for a good mark (or catch) taken by a footballer.
The G – This is short for the MCG or the Melbourne Cricket Ground.
The Gabba – Short for the Woolongabba Cricket Ground in Brisbane, Queensland.