From Struggling Colony to Thriving City: A Brief History of Perth 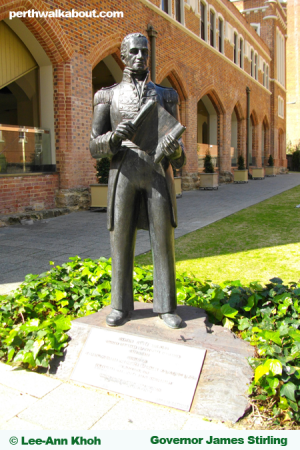 Dutch captain Willem de Vlamingh was the first European to explore Western Australia. He landed on Rottnest Island in 1696, naming it “rats nest” because he thought the island’s iconic quokkas were giant rats. In early 1697, he sailed up the Swan River, naming it after the black swans. However, de Vlamingh had a largely unfavourable opinion of the land and the Dutch were more focused on trade at the time, so settlement did not occur under after British Captain James Stirling’s visit in 1827.

Upon his return to England, Stirling began to push for the establishment of a free settlement in WA. His wish was granted and in 1829, he and Captain Charles Fremantle founded the Swan River Colony. Stirling, the first Governor of Western Australia, initially founded two towns: the port of Fremantle at the river mouth and the administrative capital, Perth – named after the town in Scotland and located midway between Fremantle and the most fertile areas of the new colony.

Aboriginal people lived in Western Australia for tens of thousands of years before the arrival of the British colonists. As the colony expanded, driving the Aboriginals away from their lands, tension and conflict grew between Indigenous Australians and the new settlers.

Many of the settlers found it difficult to grow crops away from the Swan and Canning Rivers and the Guildford area. Struggling to survive, the free settlement became a penal colony and around 10,000 convicts were transported to Western Australia from 1850 until Britain ended the practice in 1868. Juvenile offenders had been accepted as apprentices to local employers since 1839 but were generally not considered convicts. 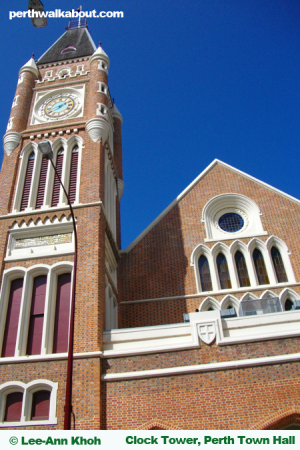 Convict labour was viewed as a way to stimulate the economy by building infrastructure and public works. Convicts constructed buildings such as the Perth Town Hall, Government House, the Supreme Court building, St Mary’s Cathedral, the Old Perth Gaol and the Fremantle Lunatic Asylum (now the Fremantle Arts Centre).

However, what really brought wealth to the colony was the gold rush of the 1890s, which resulted in a population explosion in Perth as tens of thousands of diggers headed to Kalgoorlie and Coolgardie in the hope of becoming rich.

Sir John Forrest was Western Australia’s first Premier, appointed in 1890 after Western Australia was granted the right to govern itself. Forrest’s government commissioned an ambitious public works program that included the Fremantle Harbour works and the Goldfields Water Supply Scheme, which were both directed by engineer C.Y. O’Connor.

Forrest was also instrumental to WA joining the rest of Australia in 1901, thus becoming a State. However, the idea of secession – that is, separating from the Commonwealth of Australia – is an issue that is brought up from time to time in WA even to this day. It has been argued that the Federal Government does not always act in WA’s interests and favours the eastern states.

In the 1930s, the secession movement gathered momentum as discontent grew during the Great Depression. In fact, in a referendum held by the State Government in 1933, 68% of voters supported secession. The next step was to amend the Commonwealth of Australia Constitution Act in the UK Parliament, which had allowed for the Federation of Australia. However, the House of Commons (British Lower House) eventually ruled that it could not legally give WA the right to secede.

The secession movement gradually lost support, especially as the economy began to recover. Subsequent pushes for secession, including the Westralian Secession Movement party founded by mining magnate Lang Hancock in the 1970s, have been unsuccessful.

Perth, as the capital of Western Australia, continued to grow during the 20th century. Multi-storey buildings sprung up in the city from the 1930s. Perth Airport was built in the 1940s with a new international terminal unveiled in 1986. New cultures began to emerge in Perth after World War II through immigration. The mineral boom in WA during the 1960s and 70s led to further urban development in the city of Perth. In 1983, Australia II representing the Royal Perth Yacht Club successfully challenged the New York Yacht Club’s 132-year dominance of the America’s Cup, taking the trophy out of the United States for the first time.

Over time, Perth has developed into a unique, thriving city and is continuing to evolve today.

What did you think of this article? Do you think the history of Perth adds to its cultural or tourism value? Leave a comment.