Aboriginal people lived in the area now known as Perth for tens of thousands of years before British settlement. The original inhabitants of the South West region of Western Australia, which includes Perth, are the Noongar people. 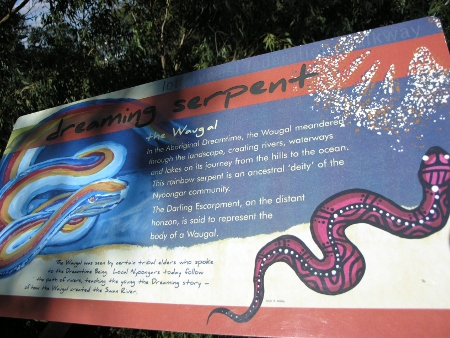 
According to Noongar tradition, a winged serpent-like being called the Wagyl created the Swan River. In return for this gift of life, the Noongar became custodians of the land. The natural environment, therefore, is very important to Noongar culture. Before the arrival of the British, Noongar people in the Perth area used the Swan River and waterways as their main food source, while also trading with other Noongars.

Initial relations between the Aboriginal people and the British settlers of the Swan River Colony, which was founded in 1829, were relatively peaceful. However, this soon changed as the colony expanded and the Noongars were fenced off from their traditional lands and had their food sources taken away. Settlers also jailed Aboriginal people for taking livestock and supplies as food and introduced several new diseases into the Noongar population, which were deadly. Violent conflicts broke out between the colonists and Aboriginal people.

Against this backdrop, a Noongar called Yagan became a prominent hero of the Aboriginal resistance in the early years of the Swan River Colony. In December 1831, an Aboriginal boy was shot and killed by one of the settlers. Yagan led a group of Noongars in avenging the boy’s death by killing the man’s servant. The incidents were the first in a series of retaliatory attacks from both sides and Yagan was declared an outlaw. However, a settler named Robert Lyon argued that Yagan and other Aboriginal people were merely defending their land and, when captured, should be considered prisoners of war rather than outlaws. His views placed him at odds with most of the other settlers. 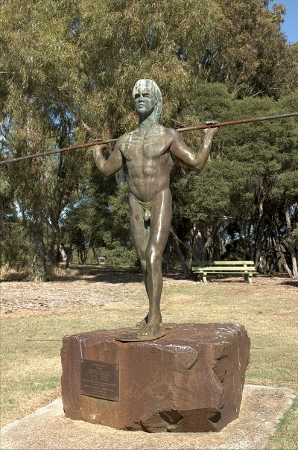 
Yagan was killed on 11 July 1833 by two brothers, William and James Keates. The Keates brothers had tricked Yagan into staying with them to avoid arrest, only to shoot him in order to claim the reward for his capture. A group of settlers then beheaded Yagan as a trophy, and his head ended up in Britain. Yagan’s skull was returned to Perth in 1997 and finally laid to rest in Belhus – where the rest of his body is believed to be buried – on 10 July 2010. The ceremony also coincided with the end of NAIDOC (National Aboriginal and Islander Day Observance Committee) Week and the opening of Yagan Memorial Park in the Swan Valley.

Life for Aboriginal people did not improve in the years following Australia’s federation in 1901. The Noongars were forced to live in “native camps” and abide by curfews. Under the 1905 Aborigines Act, interracial marriages involving Noongars were also illegal unless permission from the Chief Protector of Aborigines was granted. The Chief Protector was also the legal guardian of Aboriginal children in Western Australia until they were 16. This meant children could be removed from their families, a situation depicted in the AFI award winning film Rabbit Proof Fence, which was based on a true story. Children who were taken from Aboriginal families around Australia became known as the Stolen Generations. On 13 February 2008, Prime Minister Kevin Rudd issued an official apology from the Federal Government to the Stolen Generations.

In the face of oppression, however, the Noongar people have preserved much of their rich heritage, particularly through visual and performing arts and literature. You can sample some this vibrant culture at various places around Perth. Why not take the Fremantle Aboriginal Heritage Walking Tour or visit the Maalinup Aboriginal Gallery?

Find out more about Yanchep National Park, north of Perth, where you can get a taste of Aboriginal history and heritage.