Review - Still Mine at Cinema Paradiso and Windsor 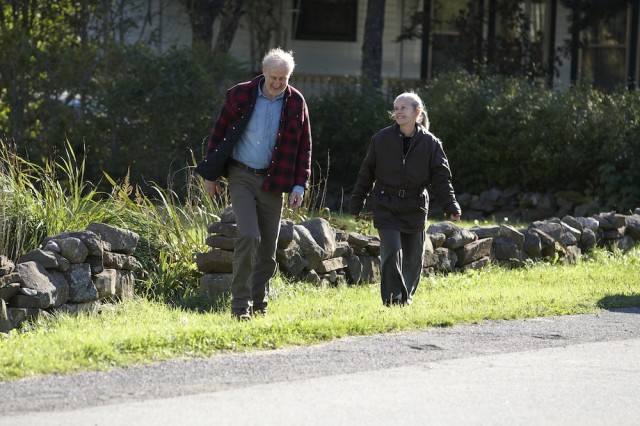 Still Mine now showing at Windsor, Nedlands is a poignant movie about an elderly couple in their eighties and the challenges that they are faced with living on their farm in New Brunswick.

We follow the story of Craig (James Cromwell) and Irene (Genevieve Bujold) as they battle the local council to build their new home on their farming property in New Brunswick. Craig’s motivation to build their new home is driven by Irene’s ailing health and he will stop at nothing to provide for his wife. With his skill as a carpenter handed down through the generations, and time on his hands, building his new home should be a simple task.

But bring in the good old government and the powers of bureaucracy, and it seems that the whole world, in particular Rick (Jonathan Potts), an inspector for the building of new homes, get in his way as one obstacle after another confronts Craig.

Some of the themes that stood out for me when watching the movie were the following:

When we are in a long term relationship with our loved one, we not only share the joyful moments, but we also share the painful and heart breaking times. In Still Mine, we get to share on screen the most intimate moments of conversation and dialogue between Craig and Irene. It is poignant, it is heart wrenching, it is sad, it is joyful. It is many emotions rolled into one movie.

Still Mine will appeal to those who are looking to watch a movie with depth and intimacy. If you enjoy a film with strong dialogue, and which explores the depths of each character, then you will find watching Still Mine a true delight.

A poignant and deeply moving movie.

Still Mine opens at Cinema Paradiso, Northbridge and Windsor, Nedlands on 6 June.