Moving the Green Room to the Bowling Green - Theatresports in Perth 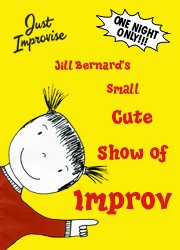 The people behind Just Improvise, the specialist theatre improvisation company that have been entertaining and amazing audiences since 2000, are masters of making something out of nothing on the spot, as followers of their popular monthly Theatresports improvisation competition already know.

But from August 5, MC Glenn Hall and the Just Improvise gang take the art of theatre improv one step further, improvising a Green Room from the bowling greens at the Mount Lawley Bowling Club, located on the corner of Storthes and Rookwood Streets, Mount Lawley.

The Mount Lawley Bowling club, a charming Art Deco building which itself boasts a 100 year history of community participation, is now set to become the new home of Theatresports. It's a offbeat but strangely perfect fit between the old-school sporting venue and the modern take on live performing.

As Glenn Hall notes, "The sense of community created has a synergy with the community created at a sporting club. Theatresports is about teams competing against each other by playing games and scenes but who wins is never as important as the success of the show itself. It makes perfect sense a theatre is created within a sporting facility where the enjoyment of participation and the sport itself far outweighs the result of winning or losing."

Glenn Hall is regarded as one of Australia's leading improvisers, and is a National and State Theatresports champion (he also happens to be the men's captain of the Mount Lawley Bowling Club!) Under his watchful eye and creative direction, improv rookies and veterans will battle it out on the first Sunday of ever month for the coveted WA Theatresports Championship Cup as they act out scenes and scenarios on the spot, inspired by audience suggestions. 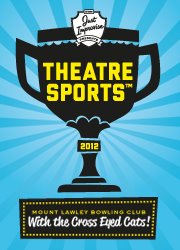 To keep in the spirit of things, the Just Improvise crew are joined by the toe-tapping live improvising house band, the Cross-Eyed Cats. And while spectator participation is encouraged, those of us who suffer from stage fright can do so from the safety of the audience, without the worry about being the object of the spotlight!

"I first started playing Theatresports in 1988,” Glenn adds. “The spirit created in rehearsal and on stage in performance brings players together as a family. It’s just like the families who come to watch the shows bond together as they share the joy of being a part of the creative process with the players. The family on stage and the families in the audience form a community – deep down everyone desires to be a part of something larger than themselves. That's why Theatresports has been around for almost 30 years and will be around for many, many more and why I'm proud to be producing and performing Theatresports today.”

So if you are looking for a entertaining night out where just about anything might happen, join Just Improvise’s Theatresports first show in its new home at the Mount Lawley Bowling Club from 5pm, August 5. Further shows are scheduled for September 2 and October 7. Tickets are $20 adult, $15 concession and $60 family – book through BOCS on 9484 1133 or www.bocsticketing.com.au.

Prior to the show, have a bowl and enjoy a sausage sizzle from 4pm. As Just Improvise shows often sell out, it is advisable to pre book your tickets.

For more Related Articles, please scroll to the bottom of this article.