Exmouth is considered one of Western Australia’s top tourist destinations as it is home to the famous Ningaloo Reef, has magnificent marine wildlife, raw landscape and is warm for most of the year.

Ningaloo Reef stretches approximately 260 km from Coral Bay in the south to Exmouth in the north and takes in 5,000 square km of ocean amass with tropical fish, whales, turtles and coral.

The reef is so popular because you can snorkel and dive straight from the beach without having to take a boat ride out to the deep.

Travellers to Perth who are short on time would be best to fly to Exmouth as it is located 1270 km north of the city. The flight is around two hours. However, if you do have time to drive, you would need to allow two days as there is plenty to see along the way.

The town of Exmouth is growing and each time I go there I am amazed with just how much. Progress aside – and I am not one to complain about a lovely café or new restaurant to try - it still manages to maintain its layback small-town feel where nothing is rushed and everyone knows everyone in the street.

Apart from the wonderful coastline and marine creatures, there are also some great historical and natural places to visit close to the town site. 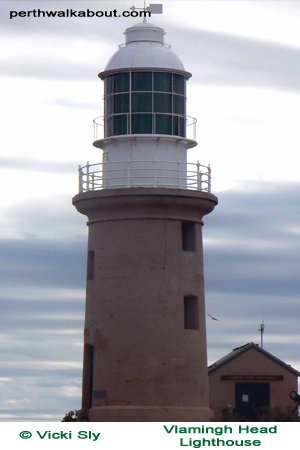 Vlamingh Head Lighthouse is 17 km north of the town and offers commanding views of the North West Cape. The 99-year-old lighthouse has had a face lift and was lit for the first time in 10 years on 4 September 2010 to celebrate the renovations.

The lighthouse was built following the grounding of the cattle steamship the SS Mildura on the rocks just north of the point in 1907.

I would suggest heading there around sunset if the time is right as the light is beautiful and you may even get to see whales on the move or playing in the bay, which we were lucky enough to do.

A few minutes drive north of Vlamingh Head Lighthouse is what remains of the SS Mildura.

The cattle steamship sits quietly on the rocks, on a coastline that is renowned as one of the most treacherous in the world.  The ship was carrying Kimberley cattle south before it was caught up in a cyclone. 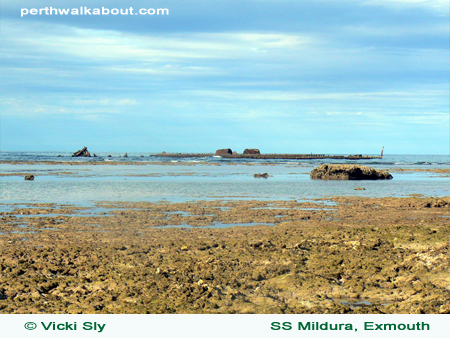 A 14 km drive south of Exmouth is Shothole Canyon, which according to locals is named after the shot holes left after explosions carried out during oil searches in the 1950s.

The gravel road winds its way through the floor of the gorge with some great up close and personal looks at the layered rock faces.  At the end of the road is a picnic area and the opportunity to take a hike, literally.  Take plenty of water and sun protection as it can get pretty hot!

Just further south of here is Charles Knife Canyon with a drive that takes you along the top of the ridges and at times has some hairy gravel bends to negotiate. We came across a couple with a two-wheel drive car that were stuck on rough rocks so I would suggest only four-wheel drives would be suitable for the latter part of the track.

The view from the top is pretty spectacular and if it is a first-time visit to the area, quite unexpected in what seems like a flat geography.

I am lucky to have good friends in Exmouth so accommodation is always top-notch with them. I have also stayed at the only resort inside an active naval base in the world that boasts having the strongest and safest buildings in the region. All the walls are reinforced with concrete and steel bars which is handy if there is a cyclone in the area!

Other accommodation options vary from camp sites through to the luxurious five-star resorts.