This is the first installment of a two part series about credit cards in relation to your Perth vacation. In this post, Michael will be addressing some basic questions about using your credit card in Australia as well as offering some tips to save you money while using them.

Before visiting another country, one of the most important things you need to know about is how you will pay for things once you get there. If you’re coming from the US (where I live) you will find the following information extremely useful before you embark on your trip to Perth, or anywhere else in Australia for that matter.

Q: Which types of credit cards can you use?

A: Visa, MasterCard, American Express, and Discover are considered to be the four major credit cards in the US. However in Australia, it’s a bit different…

Conclusion? Make sure you bring your Visa/MasterCard for your trip to Perth.

Q: Do merchants charge you a fee for card payments?

A: In some countries, merchants frequently will charge you fees for paying with a credit card instead of cash (Mexico being a prime example). The good news is that you rarely will see this practiced in Perth. Most merchants who accept credit cards won’t charge you extra. However, once in a while you will encounter one that does. One such example is the popular hotel which I just mentioned, Rydges Perth:

Another place you might be hit with a fee is at some of the smaller merchants. For example, you might encounter an independent restaurant in Northbridge that charges an extra dollar or two for paying with a credit card. There are some small stores that may charge up to AU$3 (~US$3.20) for using a credit card. These are a rarity though, as the vast majority of businesses don’t charge anything. But in case you come across one that does, be sure and have some Australian currency handy so you can pay with that instead.

Q: Does the credit card co. charge any fees?

A: Yes. When you use your credit card in Perth, your credit card company will probably add on a 1% to 3% surcharge… this is known as the foreign transaction fee. You won’t pay this to the merchant, but it will show up on your credit card statement. It’s important to realize this fee is not specific to Perth, as you will encounter it anywhere in the world when using a card outside of your home country.

But guess what? You can avoid this fee if you plan ahead! There are a small handful of credit cards that do not charge foreign transaction fees. For example if you live in the US, many of the travel and airline credit cards on the market include no FX fees as a benefit. Before you depart for Perth, it might be a wise idea to apply for one. 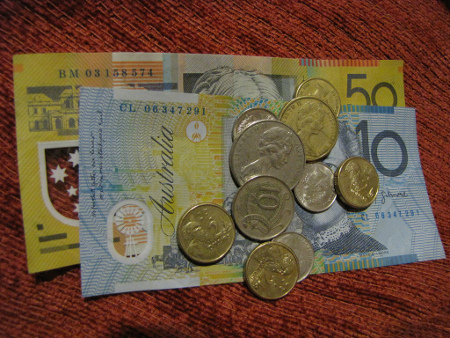 A: Acceptance is very similar to the US. You generally will find they are accepted at most locations, with the exception of some small businesses.

Depending on how long you are visiting Perth, you may encounter a café, restaurant, or small shop which doesn’t accept them. You should also be aware of the fact that some taxis in Perth don’t accept credit cards or add a surcharge… but that’s okay, because you’re in Perth to walk around, not sit in a car :)

In the second installment, Michael will be talking about ways to maximize your card’s rewards and benefits during your trip to Perth!

Mike loves to travel but when he’s not doing that, you can find him blogging about the top credit cards on CreditCardForum.com. It’s a website he’s been running for 4 years to help people understand them better. Speaking of foreign transaction fees, most of his highest-ranked airline credit cards do not charge them.

For those planning a trip to Perth, you can find more Related Articles by scrolling to the bottom of this page.