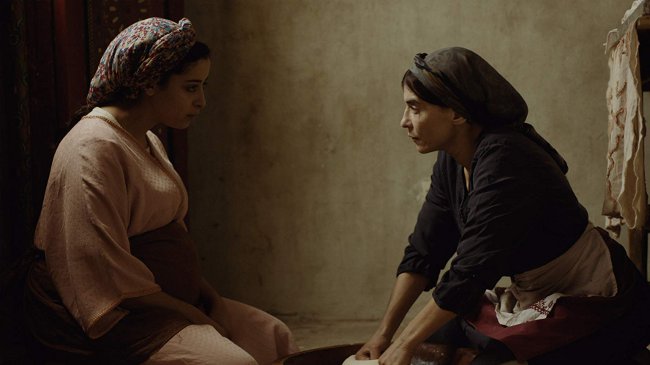 Both my partner and I were looking forward to heading down to the Somerville Auditorium to check out Adam, a cinematic masterpiece from Morocco as part of the Perth Festival.

In a time where the trend seems to be towards bigger, flashier and shallower entertainment that is larger than life, Adam is a quiet and introspective glimpse into the current day world of famed Casablanca, where modern times and centuries old traditions mingle freely.

We are first introduced to Samia, a young pregnant women who is far from home and looking for a job and a place to stay. After numerous rejections, she ends up sleeping on the doorstep opposite Abla's house, the widowed local baker who lives with her young daughter Warda. After initially sending Samia on her way, Abla's conscience gets the better of her and she reluctantly allows Samia to stay the night, not foreseeing that the headstrong Samia will eventually crack her own protective shell and reintroduce the withdrawn Abla to life, love and happiness.

The story revolves around the interactions between these three females and their daily routine of housework, cooking and running the home bakery. With so much resting on just three characters, it is important that the chemistry is just right, and thankfully all three ladies give sterling performances. The audience is given a profound glimpse into the world of women in Morocco, without ever feeling voyeuristic, more like another guest in Abla's home.

The pace of the movie is languid and relaxed inside Abla's house, with plenty of long shots which allow the actor's faces and bodies to tell the story. Once outside, things become more frenetic and impersonal, as the hustle and bustle of daily life and making a living take over.

As the story progresses, both Abla and Saima are faced with difficult and important decisions to make about their lives, and their decisions are influenced by what they have learned from each other and how they have grown. In the end, their choices feel entirely authentic to the journey both women have taken together.

Adam is a beautifully crafted character piece that will move as well as entertain you. It is a simple story with complex characters told with heart and a light touch. One tip I will give is do not watch this film without having dinner first – the wonderful cooking scenes will make you ravenous!

Adam is showing at the UWA Somerville as part of the Lotterywest Films, Perth Festival till Sunday 1 March.