Everybody Knows at Perth Festival 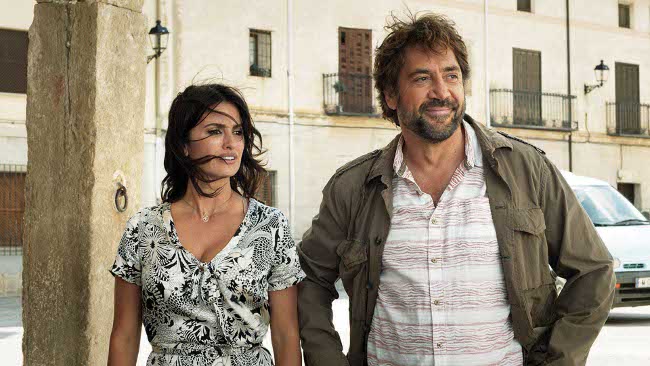 Penélope Cruz (as Laura) and Javier Bardem (as Paco)
Photo Credit: Everybody Knows

To cap off the Australia Day long weekend my partner and I headed down to the UWA Somerville theatre to watch Everybody Knows, a slow-burning mystery thriller from director Asghar Farhadi.

Pro tip: gates open at 6pm, and don't come much later than that if you want to get a deckchair to sit on. The Perth Festival Films are more popular than ever, so if you turn up after 6.30pm like we did, you'll probably end up sitting on the grass to watch the film – which still makes for a relaxed viewing experience, especially if you manage to nab one of the beanbags available!

Lying down on our rug to enjoy the film, I must confess that I almost nodded off during the first 30 minutes – Everybody Knows takes its time in setting up its story. The film is located in a rural village outside Madrid, where an extended family is coming home from far and wide to celebrate a traditional wedding. The first half hour introduces us to the large cast of characters (including Penélope Cruz as Laura) and lays down a lot of backstory – all of which will become important later on.

The wedding goes without a hitch and everybody is enjoying themselves until one of the guests is abducted. From that moment on, what began as a fairly innocuous family get-together becomes a nightmare of suspicion and distrust, as it seems that everybody has a secret that could implicate them in the disappearance. Old grudges and resentments flare up again and threaten to engulf the family and their friends in a wildfire of accusation and shifting allegiances.

As the movie progresses, the finger of blame keeps moving as each new revelation changes your perspective of the web of relationships, like twisting the dial on a kaleidoscope. Nobody is above suspicion and all the while the tension is growing as the director continues to steadily ratchet up the stakes.

Everybody knows something, but who possesses the key to solving the mystery?

The film is in no hurry to get to the final destination, but it is a journey well worth taking. Gripping cinema that can't be rushed, just like the wine from the vineyard that is central to the story.

Everybody Knows is on at UWA Somerville until 3 February then at ECU Jooondalup Pines until 10 February.