The Empire at Fringe Perth 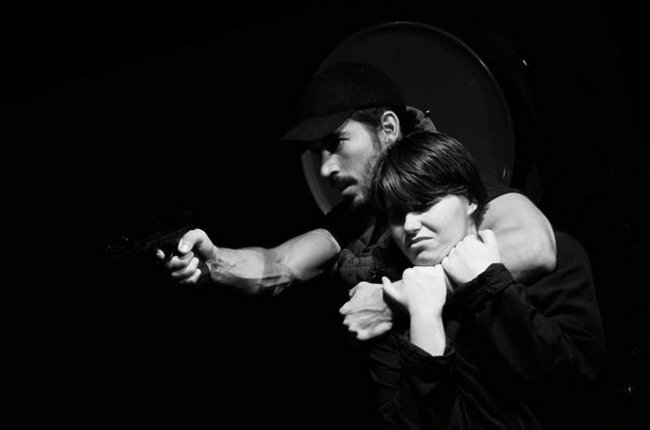 Set in a not-so-distant future where China has stepped in and taken over a disaster wracked Australia, The Empire being performed by the Actors Hub as part of Fringe Perth is a bleak mixing of The Matrix, Pokemon Go, Call of Duty and The Hunger Games, along with the comments section on YouTube!

Firmly under the thumb of their new Chinese masters, 80% of Australians take refuge in “The Game”, an augmented reality program where they can return to the good old days of Australian values and experience the freedoms they are denied in real world.

But despite the best efforts of the triad of power at Hubris (The Game's developers), The Game is not safe. There are rumours that people are vanishing and turning up dead months later, if they are ever seen again at all! Revolutionary group The Resistance all have first hand knowledge of these disappearances, and tonight is the night that they are going to get answers. It is time for Australia to wake up from its drugged sleep and face the truth...

Hubris' triad of power (including their CEO and chief software engineer) are captured and brought to a secret location by members of The Resistance, who have brought down The Game and hijacked Australia's attention. Adrenalin is flooding the room as the brutal interrogation begins - but sometimes the answers you get are to questions you didn't ask and didn't want to know..

The Empire is a fast paced action packed thriller which combines the rush of live acting with innovative use of modern technology to present an all too believable glimpse into a possible Australian future. Clocking in at just under an hour, The Empire keeps an iron grip on the audience's attention as it ratchets up the stakes. Keeping up such a frenetic pace and making chaos appear spontaneous are difficult tasks, but the cast do an admirable job of keeping things moving along seamlessly.

Taut, tight and tension filled, The Empire hurtles along towards disaster or liberation – the only question is for who? Come join the game at the Actor's Hub Studio and find out. Highly recommended.